All artwork and text is copyrighted by Paul Lasaine, unless otherwise attributed to the respective copyright owner. It is illegal to publish, print or reproduce any such artwork or text without written permission by the artist or copyright owners.

Welcome to my blog(s)! I have two. This one is for sketches, tutorials, and other "bloggish" stuff.

Be sure to visit my PORTFOLIO PAGE, where you'll find my real work.

I painted this waterfall for my wife, to cheer up the drab delivery room where she gave birth to our daughter. I put the painting directly in her line of sight where she could focus on it...to help bring her to a quiet, calm place, far from the agony of childbirth.

To this day she can't look at it without getting sick to her stomach.
Acrylic 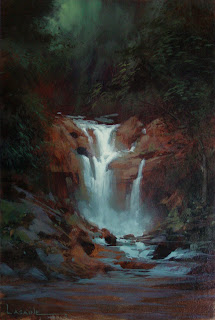 Halloween at My House

If you caught my Halloween post a couple weeks back, you'll know we go a bit nuts when it comes to the decorations at our house. (Hey, I'm a production designer...what good would I be if I didn't go all out on Halloween?)

Here's what you see through our living room window, as you walk up the path to the front door. 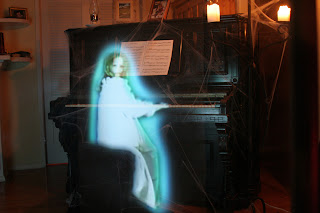 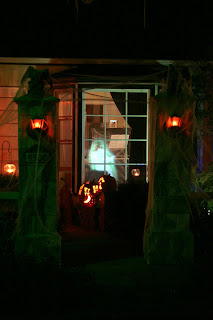 Here are a few pictures of our graveyard, and the car crash we staged. That's right... we staged an accident on our front lawn. No, we didn't destroy our fence just for Halloween. The fence was rotten and falling down, so we though, as long as we're getting rid of it, we might as well put it to good use. We actually fooled a number of people who thought the wreck was real:) 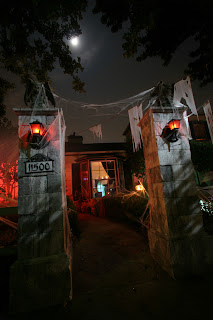 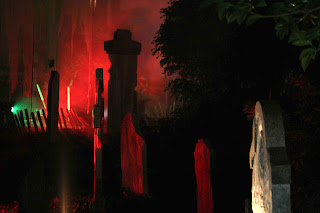 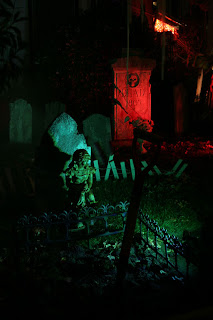 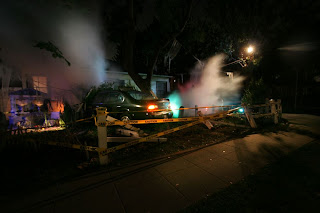 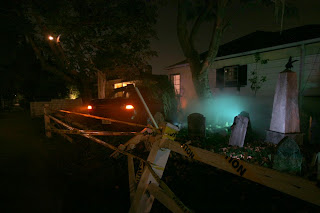 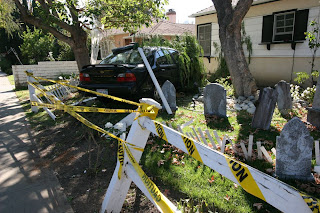 Lord of the Rings - Sketches

In 1999, I had the good fortune of being asked to work on Peter Jackson's, Lord of the Rings trilogy. After initially turning down the job (I was under contract with DreamWorks at the time), my wife talked me into accepting the offer. So on July 18th, which in New Zealand is the dead of winter, we left our home in sunny Southern California, bound for Middle Earth.

Initially, I was hired to be a Production Illustrator. But later, I was asked to be the Visual Effects Art Director, as well as the Scenic Unit Director. I would be lying if I said it was anything less than a dream job!

Below are some of the small color roughs I did for the films. Visit my Portfolio Page to see some of my final illustrations. You may have seen some of these images in the "Art Of LOTR" books, but sadly, the color reproductions in those books were terrible. This is what they were supposed to look like.

Unless otherwise noted, these are all acrylic painting. 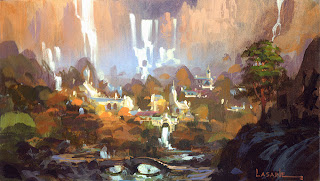 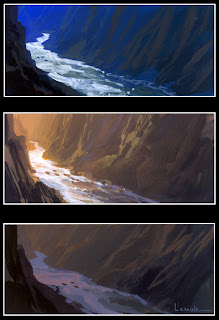 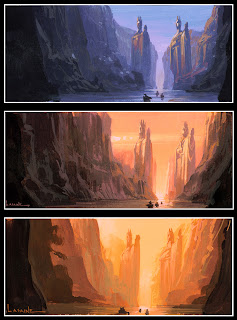 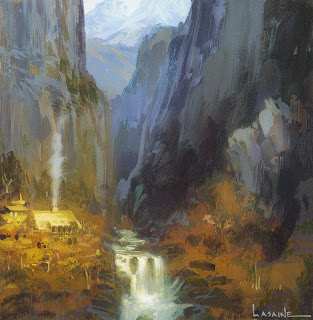